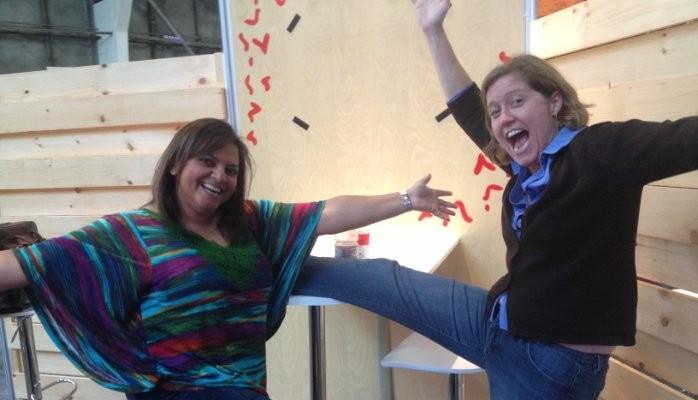 Yesterday I had my last night on call, working in a busy ED until 2am. Today is my last day practicing medicine.

I graduated medical school in 1995. Over twenty years later, I am leaving clinical practice to pursue full time the growth of my pain relief medical device company. I have a maelstrom of emotions; as with any large life event, feelings are parsed over months, not hours. In a few months, I’m quite sure I’ll interpret this move differently, even having ruminated 90 days after giving notice.

While the impetus for the move is naturally multifactorial, today I’m thinking more about the pressures that led to leaving rather than the draw of opportunity. I am fortunate to be able to leap from one passion to another – I ache for my colleagues who are disillusioned and disenchanted. The current environment has shriveled physicians’ passion like a raisin – understanding why may spur changes to keep good doctors doctoring.

Lack of joy: When I told other physicians I was leaving practice, reactions ranged from frank envy to sadness, but strangely never censure. “I wish I had a way out,” was the mode response. Practicing has become, quite simply, less joyful. Despite being the profession with by far the longest training time, physicians are no longer the most trusted profession. Understandably, our credibility is tarnished by parents doubting the necessity of the rising number of vaccines and the hangover left by unfettered pharma spending influencing some physicians. The changes wrought by Pharma 2009 were critically needed – no one should get a free golf trip to learn knowledge they need to care for patients. Sadly, the rift left in patient trust hasn’t healed. At the edge of science, there are always uncertainties: my job was to explain current science in clear terms when two courses of care could be equally valid, and involve families in the decision. When science is well established and clear, however (ahem, vaccines), spending hours trying to explain the nuances of immunology to folks with no formal training gets old. The phenomenon of patients as customers, the cultural rise of entitled incivility, and trusting Dr. Google more than their doctor has eroded some of the pleasure of patient care. Perhaps the physician-patient relationship has mirrored the cultural parenting phenomenon of parent-child as friends, rather than elder expert as guide, mentor, and ultimately authority.

Harrison Bergeron phenomenon: In Kurt Vonnegut’s dystopian gem, to promote equality the best and brightest were interrupted by technology that slowed thought. Much as the concept of the EHR makes sense in today’s peripatetic world, the required computer interface currently is right out of Vonnegut. 5 minutes of patient contact necessitates 10 of charting, documenting discharge, signing scrips, and all must now be done with a mouse and click box. So many of my heroes have stopped seeing patients, so many years of productive practice lost to the interface. The part of the medical equation that solves the problem shouldn’t be doing data entry. Scribes? Real time dictation? While a portable electronic record is a necessary iterative step to longitudinal map that follow patients through life, the EHR kills joy.

Lack of Autonomy: Doctors often have a large, sometimes obnoxious “you’re not the boss of me” streak. Hubris, shall we say. In the past decade, physician groups have been purchased by hospitals and conglomerations. Rather than being recognized for individual excellence by patients voting with their feet, this has resulted in doctors being interchangeable cogs in a system where patients/hour and shifts/month dictate value. True bedside manner – understanding what a patient ISN’T saying because you empathize with and know the patient – gets undervalued, then lost in the corporate shuffle. The arrogance of doctors is well-criticized, but in most specialties actually uncommon. What is common is the confidence in their own value that comes from over a decade of study, interning, fellowships, and residencies. Lose the differentiation of value inherent in a private practice, and physicians lose part of what make the hours, medicolegal risk, and intrusion on personal life worthwhile.

Maintenance of Certification: Oversight Designed by Committee: unquestionably my tenure as a practicing researcher and doc was shortened at least five years by the ill-conceived administrative interference of Maintenance of Certification. Until 1990, once you passed the three phases of national testing to be a physician and the comprehensive test in your board specialty, you were trusted to keep staying abreast of medicine. States regulate this, and colleagues and students help keep everyone learning. After 1990, doctors were required to take an exam every 7 years, and in the past 3 years the rules changed again, requiring doctors to pay thousands of dollars to the board to take “approved” specific mandated continuing education, along with “Quality Point Projects” that we pay for the privilege to perform. Done according to the instructions, we’re documenting a change in our frequency of hand washing, (what if we were 100% compliant to begin with?) while the board won’t allow most scientific research to count as evidence of commitment to quality. The insulting and time wasting requirements were removed by the Board of Internal Medicine after a revolt. For other boards, however, the schedule of compliance now beats the time of the dance to retirement. Even if the MOC is revoked, once the internal clock starts counting down, it’s hard to decide to keep dancing.

Malpractice Sword of Damocles: I have served multiple times as an expert witness both for and against physicians, and have seen the lives ruined, the stress, and the physical toll a lawsuit takes on doctors who performed fully to the standard of care or beyond but suffered years of ongoing litigation due to bad patient responsibility or bad luck. Bad things happen. The more documenting and testing, the less you get sued. Part of the lack of respect for physicians manifests as trusting a test. Refusing patients’ “I want a CT!” exposes you to malpractice even as it protects them from exposure to radiation. Eventually, the fight isn’t worth it. The fear of retribution, justified or not, constantly weighs on physicians. When you make a mistake as a physician, it’s malpractice. As an entrepreneur, it’s experience. I think all malpractice premiums should go to a national compensation repository. Have an academic and a private practice physician sit on “peer jury duty” with a person practicing in the same milieu as the doctor (since local practices vary). If 2/3 call a judgement or medical “flag on the play”, educate the one who didn’t and the erring physician, then compensate the patient. If 3/3 call a medical “flag on the play”, give twice the education/probation time to the physician and twice the compensation to the patient. One flag, no foul, you’re done, go one with your life and practice.

Greed/Jealousy/Oops: For many, choosing medicine was not just the love of science or the desire to control our own destinies, but competitiveness. An early assessment of “Medicine is the most difficult path” was followed by “Challenge accepted!” The assumption was that choosing the most selective path should yield the greatest reward and prestige: hard work pays off. In our generation of MDs, CEO pay has outstripped physician pay, sometimes astronomically. As was described by the outstanding OpEd by Rich Joseph, colleagues who chose business or tech get free food and comfy nap cubes and almost always sleep in their own beds. Who among us hasn’t wondered at some point if, to quote the knight in Indiana Jones, “He chose poorly.” This isn’t a lovely human trait either, but face it: when you take away the job satisfaction of recognition, the relationships with patients, the autonomy, and the regulatory trust that we are self-motivated to keep learning, you’re left with compensation.

Parity with other Professions: Learning medicine is predicated on the expectation that we learn from those who have come before, “we stand on the shoulders of giants”. We expect to be taught by our elders, and we expect to teach our juniors. An interesting corollary of this is that when you are a leading expert in your field, the expectation to give of your knowledge freely becomes greater. In law and business consulting, the most prominent in the field commands the greatest hourly rate. In medicine, the more you know the greater the expectation you’ll give it away gratis.  These extremes need to meet in the middle.

In deciding to leave, I spent hours in consultation with my teenagers and husband. I struggled with my 16 year old’s reminding me of the ethical responsibility assumed by taking a slot in medical training, but my 13 year old daughter said “50,000 people are having less pain every day because they take their shots with Buzzy. Your karmic book is balanced.” It is a salve.

I am grateful for Obamacare, as I provide benefits for my family and we were able to get coverage. I am grateful for Bob Wiebe, Tom Abramo, Bob Shapiro, Faiqa Quereshi, Paul White, Naga Chalasani, Pip Spandorfer, Carl von Baeyer and Dave Werner, who have given me wisdom and perspective. Giants, all. And I am grateful for my colleagues who learn, publish, persevere, stick with their patients until resolution. I’m grateful for the new grads who will care for my family, and develop this dedication and ethic DESPITE the 80 hour work week.  Your sacrifice, nobility, and honor shine, and I have been privileged to work with you. I will strive to make you proud.

Tags: Healthcare Industry, Dr. Amy Baxter, About
Back to Blog

Overcoming being overwhelmed with a chore bucket - Pain Care Labs

After my last broadcast we got a comment from someone who is stuck in a one room apartment. “I’m...
Read More