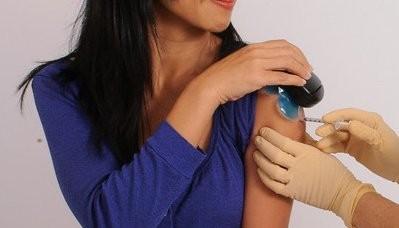 After years of waiting, 55 year old Sue York recently received a pancreas transplant for her diabetes. The event made news because the transplant was necessitated, not from failing kidneys, but the debilitating effects of needle phobia. The event is a bellweather for healthcare: not only can fear of needles be life-threatening, but even the NHS, one of the most frugal healthcare systems in the world, found an expensive transplant was the only option.

The news tends to color the peculiarity of severe needle fear with shame, reporting needle phobia stories holding humanity at arm’s length, like a particularly unpleasant wiggling bug. The stories, from basketball players who wouldn’t get stitches to those who delayed cancer diagnosis, make the degree of fear seem odd, rare, [wimpy], and extreme.

In reality, needle phobia is now commonplace, yet the stigma has stayed. The incidence of needle phobia has risen from 10% of adults and 25% of children (Hamilton 1995) to 24% of adults and 63% of children (Taddio, 2012). In the United States, 23% of adults don’t get a flu shot because of a fear of needles. In a healthcare system moving toward personal accountability, home injected biologic treatments and more vaccines, this is a problem. This pain can affect future business in areas the needle neutral have a blind spot:

The reason for the rise in needle fear is multifactorial, but likely is related to the increase in vaccines at older ages.  Pre-1983, only 6 separate jabs were required and were usually given before age 2.  Now kids can get as many as 5 injections at once when they’re 4, often are held down, and are old enough to recall what happened… and act accordingly when they’re older. Most post-1983 adults can’t have empathy for the fear of a needle wielding fiend bearing down with 4 or 5 needles at the ready, because THAT NEVER HAPPENED TO THEM.  People assume it did and the youth of today are just wimps, but in reality the vaccine schedule today is 6 times more sharp.

Research shows injection fear from childhood influences future healthcare decisions.  We found a dose-response to the number of injections between age 4-6 and fear 5 years later… and a correlation between fear and the uptake of HPV vaccine 3 years after that.  The healthcare-induced fear is potentiated by healthcare obliviousness:  needles bother patients; needles don’t bother healthcare workers.  Empathy is reserved for larger gauge problems.  The challenge is, when needle fear overwhelms the tenuous drive toward preventative healthcare, what happens?

And that’s the problem. We need to figure this out soon.  When these 63% of pre-teens who are fearful become adults driving themselves to the doctor in 8 years, what if they don’t? 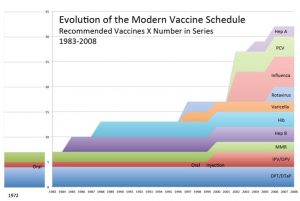 As a pain researcher, I became interested in this issue when my son developed needle phobia after an unfortunately delivered set of shots at age 4. He showed no signs of getting over the fear, and it dawned on me that he would go off into the world healthcare avoidant. I’m now mired in bias, as I invented Buzzy® to block needle pain.  Buzzy has been great at helping people get over their fear of needles— my son now just asks, “Did we bring Buzzy?”, not “Do I have to get a shot?” However, my own research shows that it is far from 100% effective at age 4.  We hear from people every week who now use Buzzy to take Victoza, stay on dialysis, avoid 3 hour dramas with Humira for their kids, or even to keep going with IVF until they get pregnant.  Making a great pain reliever for 14 or 40 year olds is awesome, but treatment wasn’t my goal – it was prevention.  By raising awareness I hope we can spend more resources circumventing pain, finding painless vaccine delivery systems, and realizing that the way we deal with pediatric pain has repercussions.

Tags: Healthcare Industry
Back to Blog

Is it too late to get a flu shot? - Pain Care Labs

In case you hadn’t noticed, Flu season is here a smidge early this year. Here are some tips to...
Read More