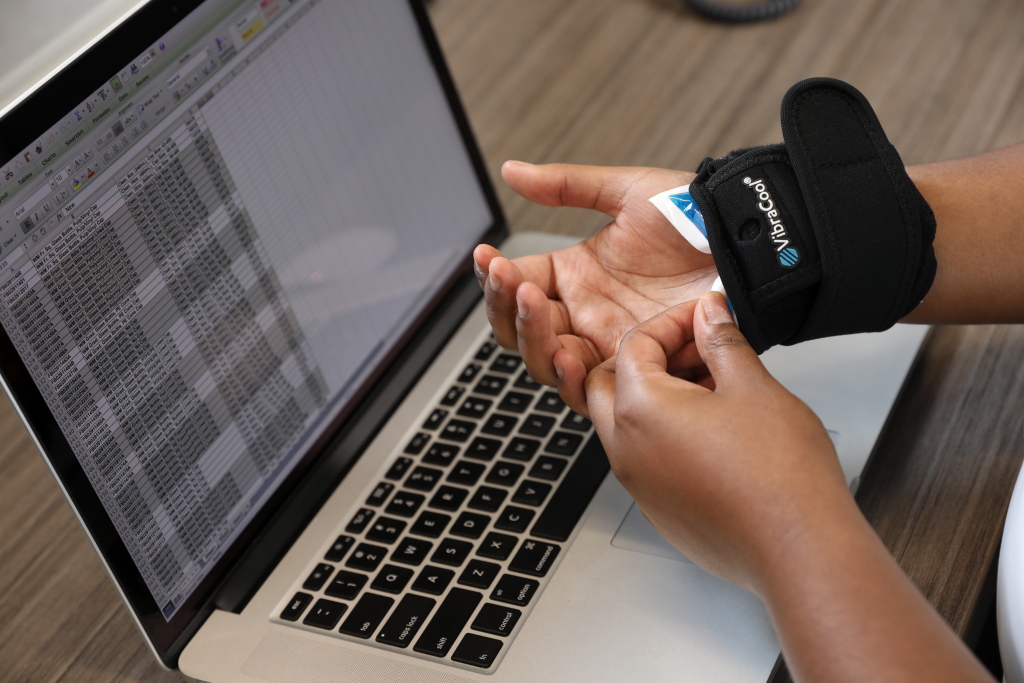 Cheryl Crow has been living with rheumatoid arthritis most of her life and found VibraCool to be  a helpful pain reliever. VibraCool uses mechanical stimulation (m-stim) to activate pain-blocking nerves while treating muscles. She used VibraCool for her wrist & hip. Cheryl had previously iced and applied heat in order to relieve pain in her joints as well as e-stim (electrical stimulation.)

She started by breaking down what comes with each of the VibraCool units that she tried and how it differs from other devices.

Her end of use summary was threefold:

Cheryl tried out both the VibraCool flex and the VibraCool Easy Fit, preferring the Flex with its elastic blue band. She did use the Easy Fit for her wrist while typing and said that it relieved some of the pain she typically felt, but was intense. She noted that the M-stim does have a noticeable hum (not silent like creams!). She also applauded the device as a useful tool for use at home, especially during the pandemic when equipment in a doctor’s office may not be as available.

To read the full article, check it out here.

Tags: News
Back to Blog

One of the hard parts of determining what works for migraines is that the same pain can be brought...
Read More

Pain Management Using M-Stim vs. E-Stim To understand how to engage in natural pain...
Read More

If you are tapped in to social media or have teenagers, by now you’ve probably heard the Yanny...
Read More